…and a new version of an old song! 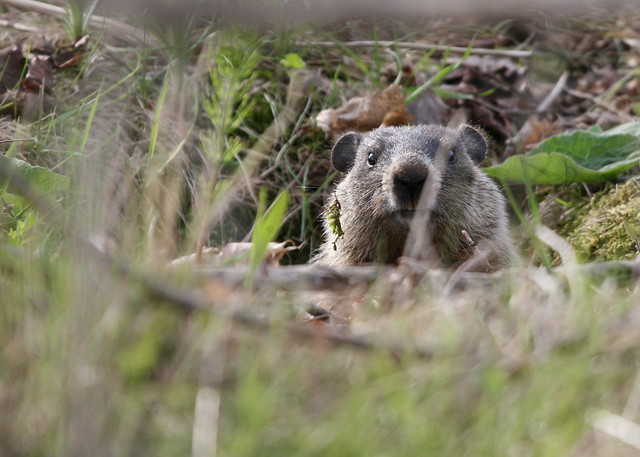 Groundhog day is the *absolute* weirdest holiday to explain to small children.  Even with its confluence of Christian and Pagan traditions, at least Easter eggs and bunnies can be explained in terms little ones can understand, like “springtime,” “new babies,” and “new beginnings.”

But how in the world do you make sense of a crowd of otherwise intelligent and rational grown-ups in top-hats converging at dawn in sub-zero temperatures around an altar containing a large rodent who is often himself depicted as wearing a top-hat in hopes that he will decide to emerge at the appropriate moment, and then decide to make his egress based on the current meteorological conditions, thereby predicting the medium-term future meteorological conditions? (My apologies for the run-on paragraph.  The ridiculousness defies punctuation.)

So you don’t explain.  And they all nod and go on with their preschool day, and accept it as totally normal.  And the tradition continues.

There isn’t a wealth of Groundhog Day music.  But thanks to Bill Murray and Harold Ramis, there *is* a Groundhog Day movie, with a single song in its soundtrack that inspired me to write a parody Groundhog Day song from the perspective of a small person, called “Ask the Groundhog.”  Give it a listen:

Here’s a short video (not mine) featuring the original song and clips from the movie Groundhog Day  [VIEWER DISCRETION — SLAPSTICK VIOLENCE & EXPLODE-Y THINGS!] :

Until next time:  Meow, meow!