Wow, how fast! A week has passed!

I hope you all enjoyed your holiday weekend.  Mine hopped right away, and Tuesday I found myself happily back at the Texas Community Music Festival!

Tuesday started off with a fantastic band — I couldn’t tell you how many people stopped by the sound board to ask their name (and, oddly, a few people wanted to know if I was their manager).  Well, their name is Waking Fable.  Remember that, because if you ever hear it in conjunction with a future concert date, you should go!

They performed a  nice mix of original tunes and covers, but even the covers had a unique spin that made each song somehow feel like it had always been theirs.  The sax had a deep, raspy, throaty tone that was brash and tender all at once.  The rhythm section was solid, and lead singer and guitarist had his chops!

But this was the song that broke my heart a little bit to listen to.  Can’t describe it.  It’s called “Beautiful Scars.”
Just listen:

In the never-ending quest for a diverse lineup, the Festival did an about face, and set up long-time (all-time?) TCMF  staple, the Austin Banjo Club, joined by guest tubist Bill Troiano.

These gentlemen (and lady!) have performed at every TCMF that I’ve attended, and let’s be honest — have you ever seen this many banjos playing at once before?  They zipped forward and backward through time and space, often landing somewhere in the middle of the 1920s, or, as I heard one of them proclaim: “back when music was music!”

Here’s the Austin Banjo Club performing one of my favorites from that era, “After You’ve Gone.”

The next band time-traveled again, but this time, for me anyway, only about two weeks, and only as far away as the Old Settler’s Music Festival.  About 7 is an Austin-area Americana band, complete with guitar, fiddle, mandolin, an upright bass, accordion, cajon standing in for a full drum kit, and a mountain dulcimer! 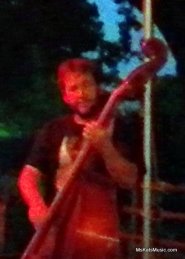 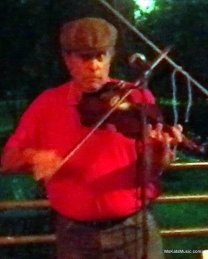 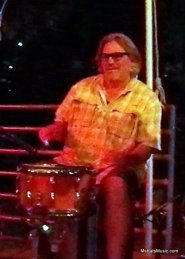 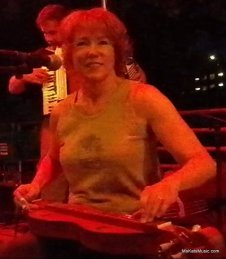 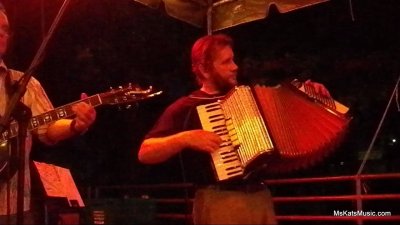 This band was possibly the nicest bunch of people I’ve met at the fest so far.  (And I was so pleased to meet a *real* mountain dulcimer player!  I happen to own one, and played it in my recording of “Turducken,” but About 7’s Patricia makes it SING!)  Here’s a song you may have heard recently, as it’s found new life as a Facebook share.  Dolly Parton’s “Jolene.”  About 7 has a residency at the Hi-Hat downtown if you’d like to check them out!

I’ll be back this afternoon with a posting about last night’s performances before I return to Central Market this evening for yet another round of Austin /Central Texas community music!  Right now, I’m off to teach my wee ones!